Like Berlin and Paris and other cities, Brussels has implemented a low emission zone to improve the city's air quality. Macq technology - with more than 300 iCAR CAM cameras and the powerful Macq Mobility Manager software (M³) - has been chosen for this. Since January 2018 the most polluting vehicles are banned from the Brussels-Capital region. In the first phase, the ban will only apply to very old diesel vehicles. The rules will become more stringent in later years. The progressive implementation of the low emission zone will give individuals and businesses affected by the measure time to replace their old vehicles and adjust their mobility behavior. 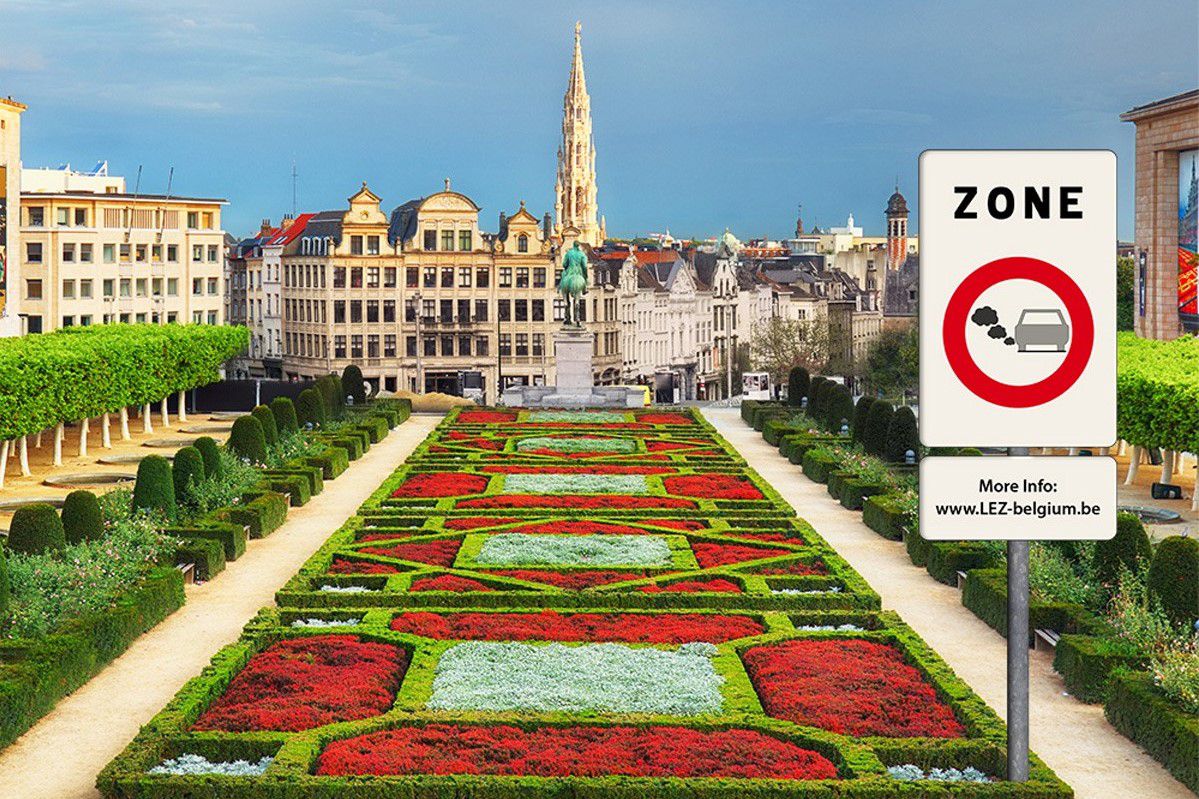 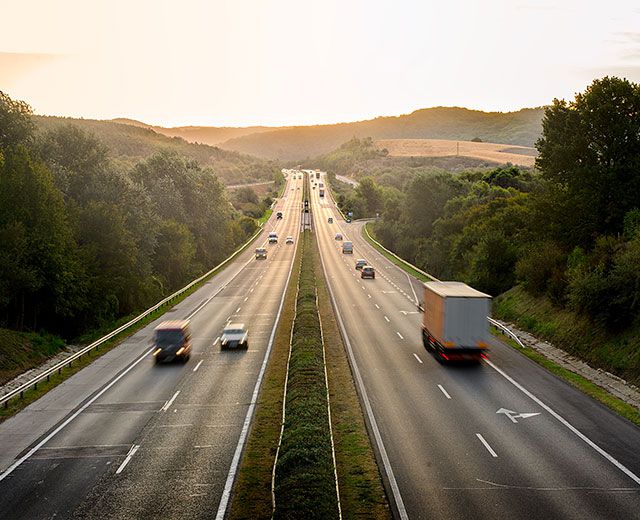 The Federal Police is using our cameras, mounted on bridges or on the side of the road, to identify wanted vehicles and take immediate action. Using an tailored version of the iCAR camera, the Federal Police has its own autonomous system for reading number plates which creates a data base of Police wanted vehicles. From the top of a bridge or the side of the road, our camera scans passing vehicles and detects cars wanted by the Police, sends an instant message by radio to a waiting Police vehicle, the Police vehicle then proceeds to pursue the wanted car.

The Vlaams Verkeer Centrum is the Flemish traffic management centre based in Antwerp. Macq has installed a large number of systems in this centre to manage tunnels, collect traffic data and monitor the Antwerp ring road. The Flemish region was looking to increase traffic fluidity and safety in its roads and tunnels. The systems installed by Macq automate equipment operation in Antwerp’s tunnels and ring road. They also collect traffic information and transmit this to the Vlaams Verkeer Centrum. Further, the Flemish region has entrusted Macq to implement a dynamic management system for its major roads surrounding the city of Antwerp. VMS and dynamic signs are managed from the control centre and control traffic flow on a lane by lane basis. It informs drivers of any accidents, traffic jams and roadworks. 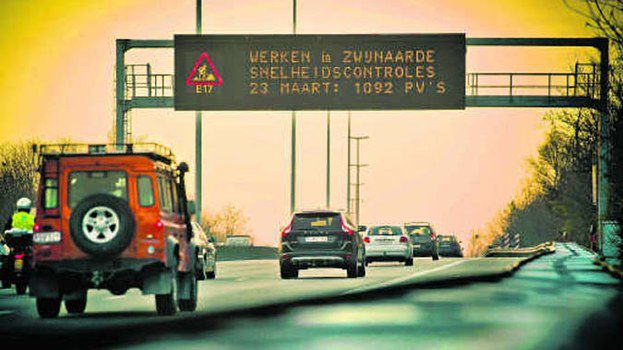 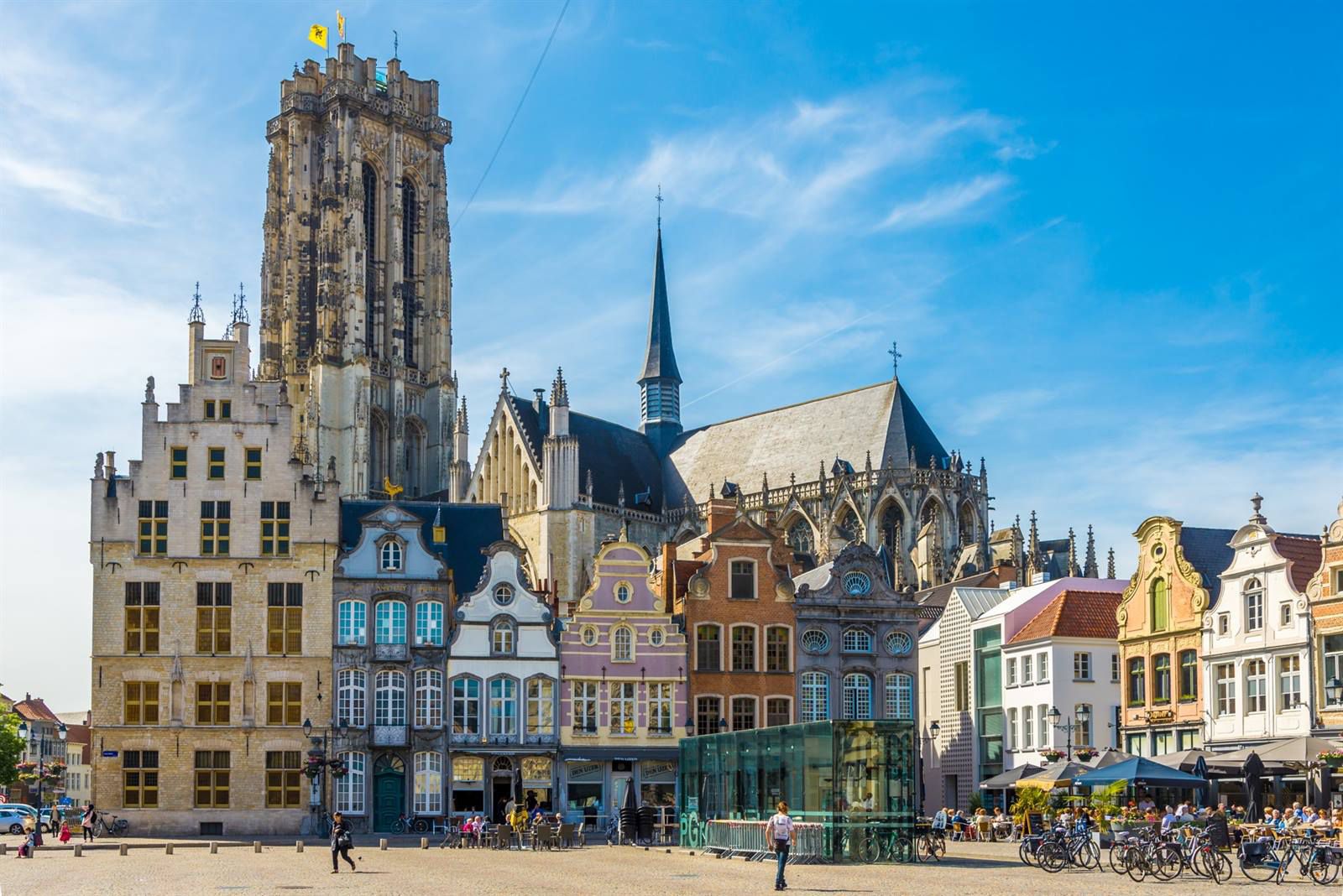 Increased Quality of Life in the City of Mechelen

To keep the city of Mechelen pleasant to live, accessible and safe, a completely new traffic plan was introduced. Vehicle access to numerous streets was prohibited during certain periods of the day to reduce the amount of traffic in the city and improve the air quality. The city of Mechelen has achieved an important step in improving its sustainable and smart mobility. Less than two years after the introduction of the car free zones, a first assessment was carried out. Several criteria were assessed. Traffic reduction and air quality measurements were made in conjunction with a resident satisfaction survey analysis following a drop in complaints. Overall the assessment was positive. A few minor adjustments were made to respond to the main remarks. Both the procedure and the online application have now been simplified, access for the disabled made easier and an additional car park provided. Some one hundred iCAR cameras together with M³ back-office are supporting the city's mobility policy.

The MOBIRIS mobility center aims to optimise traffic fluidity and guarantee safety on the major roads of the Belgian capital. MOBIRIS operates 24 hours a day and is equipped with screens which broadcast information sent from Macq systems distributed throughout the road network. Operators can thereby react efficiently to each alert transmitted and maintain maximum safety across the network. 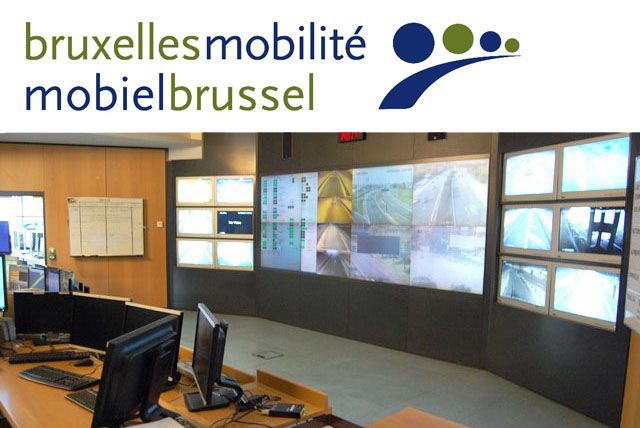 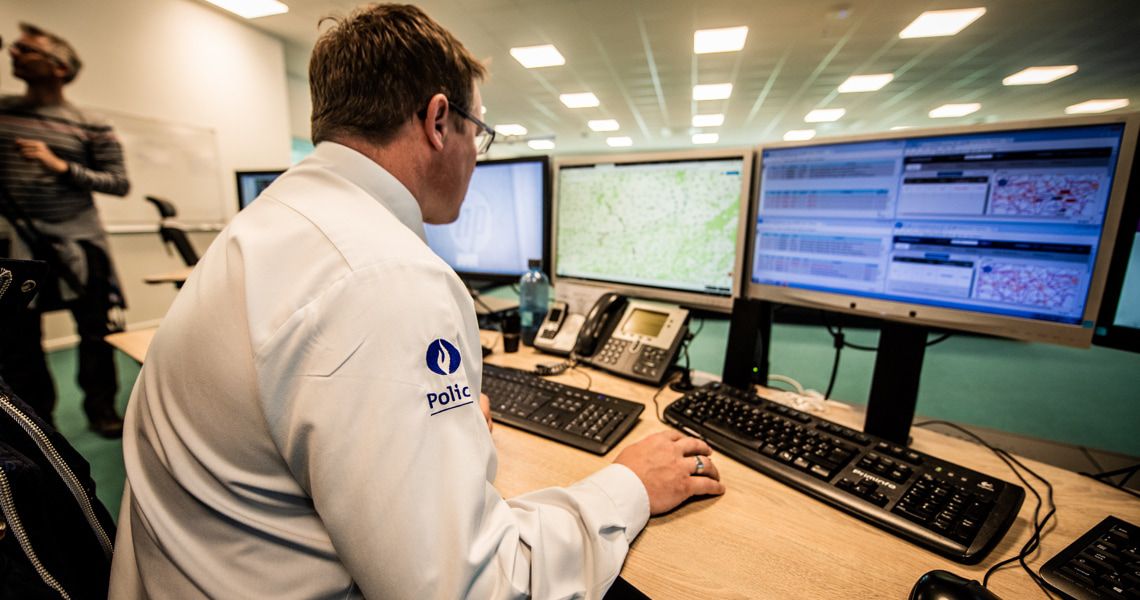 The Walloon Public Service (SPW) chose Macq to control its series of VMS illuminated signs on its motorways. For the SPW, this type of dynamic signalling directly informs drivers of events such as road accidents or poor weather conditions. Macq provides local control boxes for these series of signs and makes all communication originating from the Perex traffic center in the Walloon region independent from the type of sign used.

In 2008 the Police of Turnhout opted for our smart technology to improve the city's and its surrounding's safety and mobility. Today over 150 intelligent cameras are operating 24/7 with an impressive improvement in safety and mobility. Thanks to highly complex back office controls, anyone breaking the law is no longer protected. The positive results following the section controls implemented in Turnhout encouraged the Police to make further investments in this area. To that effect more section controls will be implemented in the future. The Turnhout Police has emphasized the direct relation between users respecting the speed limits in control sections and the corresponding significant decrease in road deaths. 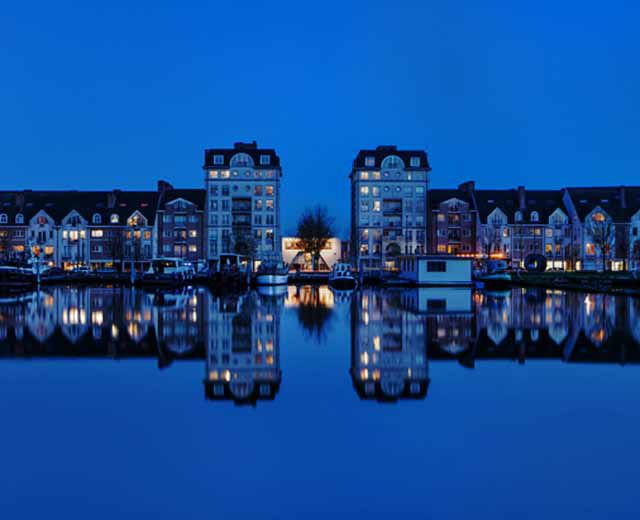 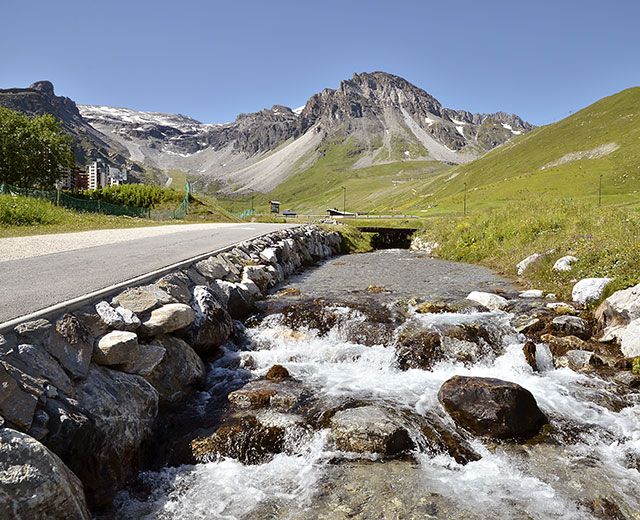 Access control to the Tarentaise valley helps avoid congestion and accidents. The Tarentaise valley – access road to winter sports resorts in the Haute-Savoie (France) – is regularly subject to traffic jams. Furthermore, risks of rockfall make this road dangerous. For increased fluidity when accessing these stations and to avoid traffic standstill in high risk areas, the Macq control system controls traffic throughout the valley. A traffic light regulates the traffic by calculating the flow rate to avoid any risk of saturation.

The Bordeaux ring road is systematically subject to traffic jams at peak hours. In order to limit this inconvenience, Bordeaux's road authority entrusted Macq to install access ramp controls. Traffic lights authorize vehicle passage on an intermittent basis according to the level of occupation of the main road. This control was inspired by the algorithm used to try and maintain the main road below its saturation threshold. 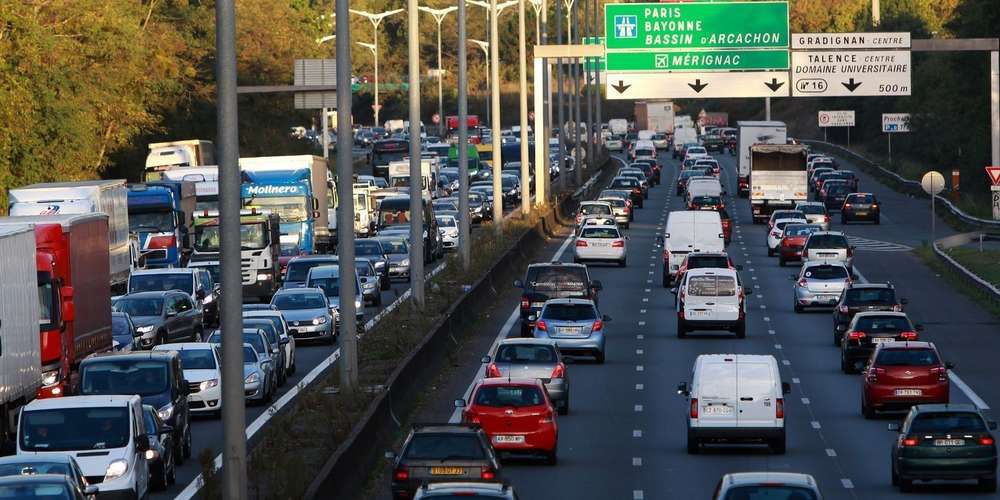 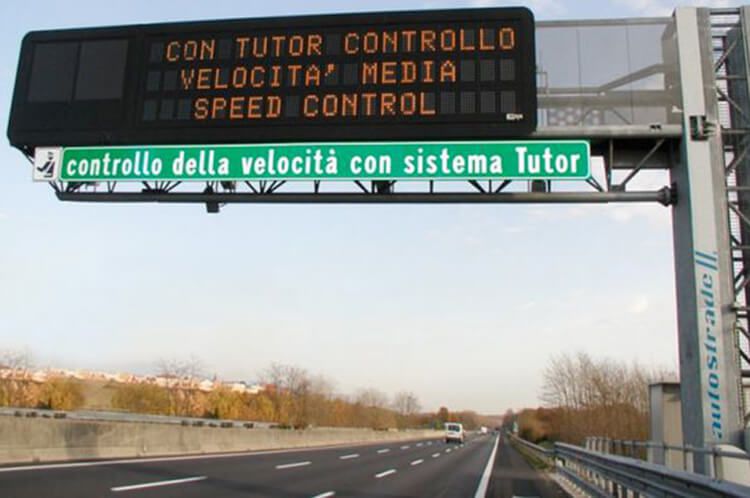 Section Control for Autostrade per Italia

Macq has installed its software on sections of Italian motorways where average speed checks are performed using registration plate recognition. The Autostrade per l’Italia is the largest toll road maintenance and managing body in Italy. Macq was chosen by this motorway operator for its registration plate recognition software, which outperforms its competitors, in particular where a large number of different nationalities are present.

Free-flow Tolling for the Eurotunnel

Eurotunnel, the operator of the Channel tunnel between France and UK, has equipped its freight toll gates with an ANPR system. Since then, the traffic flow is again fluid and queues have disappeared… Most of the lorries crossing the channel between France and England are known and documented by Eurotunnel. When boarding the shuttle, they are automatically detected by the ANPR system and no longer need to manually check in. Thanks to the iCAR system, waiting times have dropped significantly. This benefits both drivers and the tunnel operator.